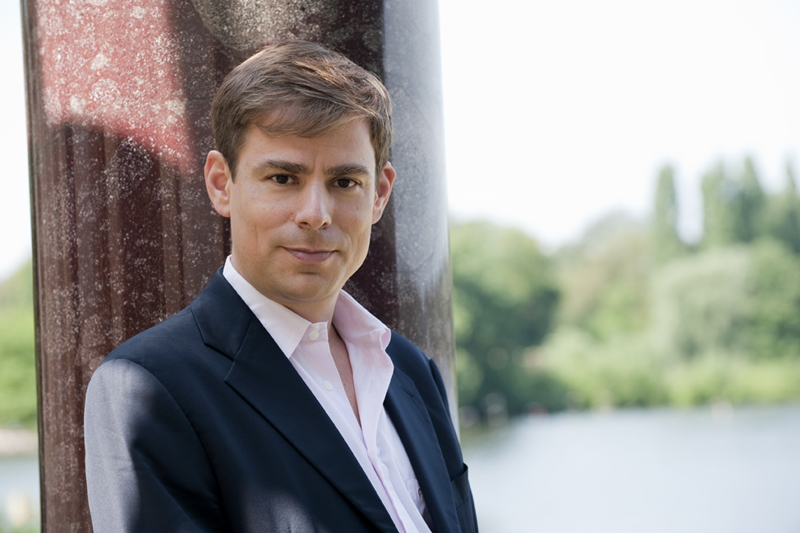 Grown up in South Baden he began his vocal education with the Knabenkantorei Basel. He studied Educational Theory in Music Teaching under Ingeborg Most in Freiburg i.Br., attended the voice class of Dietrich Fischer-Dieskau in Berlin and took his concert exam after his postgraduate studies under Rudolf Piernay in Mannheim. Winner of the National Voice Championship Berlin in 1992 (junior) & 1994 (concert) and the Meistersinger Championship Nürnberg in 1995 as well as achievements at the international Championships “ARD” in Munich and “New Voices” in Gütersloh in 1996 mark the beginning of his professional career.

In 1992 he gave his debut at the theatre of Freiburg where Donald Runnicles worked as GMD. In 1996 the debut at the Berlin States opera “Unter den Linden” under Réne Jacobs followed.

In 1998 Daniel Barenboim integrated Hanno Müller-Brachmann during his studies in the ensemble of the Berlin State Opera where he was singing the big Mozart parts but also Orest (Elektra), Kaspar (Freischütz), Amfortas (Parsifal) and Wotan (Rheingold) until 2011. As Amfortas he also performed in Sevilla under Barenboim, in Hamburg under Simone Young and in Budapest under Adam Fischer.
His debut in the New York Carnegie Hall he celebrated in 2000 with the Chicago Symphony Orchestra under Daniel Barenboim in the American premiere of Elliott Carter's opera "What next" which he already performed at the Berlin States Opera. He also premiered Pascal Dusapin’s opera “Faustus – the last night” in Berlin as “Mephisto”.

Guest contracts followed, among others, in San Francisco, at the State Operas in Munich, Hamburg, Vienna and at the Milan Scala. A performance of the “Magic Flute” with Hanno Müller-Brachmann in Modena singing “Papageno” under Claudio Abbado as musical director, which has been recorded by the German Gramophone Society, achieved the “Gramophone Award” for the best opera performance of the year.

Another focus in the artist’s work is the song.
His first CD at harmonia mundi france and his vocal debut in the Berlin Philharmonic Orchestra was accompanied by Malcolm Martineau. At his song debuts in the London Wigmore Hall, in the Great Hall of the Concert House in Vienna and at the Summer Music Days in Hitzacker András Schiff was his partner. On the occasion of the Berlin Festival a song evening at the Berlin Philharmonics with works of Antal Doráti and Modest Mussorgsky and Sir András Schiff at the piano has been burned on CD.
Daniel Barenboim, Philippe Jordan and Burkhard Kehring were his co-pianists at the Berlin States Opera where he performed a recital each season. His farewell evening Hendrik Heilmann was performing who also accompanied Hanno Müller-Brachmann at the Easter Festival of the Berlin Philharmonic Orchestra in Baden-Baden or in the Wigmore Hall.
Together with his long-time voice partner Guido Heinke he attended the voice class of Dietrich Fischer-Dieskau in Berlin. Hanno Müller-Brachmann is currently closely associated with his pianist Hartmut Höll, regarding the educational domain as well as on stage.
Graham Johnson, Denés Varjon, Matthias Alteheld, Marcus Creed, Eric Schneider and Axel Bauni are further co-pianists of the bass baritone.

As a vocalist he performed beyond the already stated houses amongst others in the Concert Hall in Berln, the Concertgebouw in Amsterdam, the Music Hall in Hamburg, the Théâtre du Châtelet in Paris, the Philharmonic Orchestra in Essen, in Madrid, Graz, Tokio and at the festival in Schwarzenberg, Edinburgh, Ittingen, Saintes, Schleswig-Holstein or Mecklenburg-Vorpommern. Hanno Müller-Brachmann was honored in 1995 with the “Brahms Prize” by the international Brahms Society Schleswig-Holstein.

The third pillar of his artistic work is the great oratorios and the symphonic works from the baroque era to the modern which is illustrated by the impressive discography of the artist. Johann Sebastian Bach is a fixed reference since the days in the boys’ choir. The character roles “Elias” and “Paulus” in Mendelssohn but also even unusual or contemporary music enrich the calendar of the artist.
In March 2017, for example, he launched Wolfgang Rihm’s “Requiem-Strophen” with the Symphony Orchestra of the Bavarian Radio under Mariss Jansons in Munich and at the Easter festival in Lucerne.

As of the beginning of his studies Hanno Müller-Brachmann was highly interested in educational tasks and took over guest lectureships during his activity for the Berlin States Opera, first at the UdK in Berlin, then at the HfM “Hanns Eisler”. He gave master classes in the Opera Studio of the Berlin States Opera, the Opera in Frankfurt, the Music School in Basel or in Tokio and he was mentor of the German Music Council and the Liz Mohn Culture and Music Foundation. At the “Bundeswettbewerb Gesang Berlin e.V.“ he served as chairman of the board.

As a young student the bass baritone was sponsored by scholarships of the Walter-Kaminsky-Foundation, the German National Academic Foundation and the former Federal President Dr. Richard von Weizsäcker.

Today, as a professor for Vocal Arts at the Hochschule for Music in Karlsruhe, he shares his international experience with the next generation of vocalists. He was chairman of the Vocal Arts department and member of the senate, and since 2017 he belongs to the university council.

Hanno Müller-Brachmann is a regular juror for international contests as the “Bach Contest Leipzig” or the “Schubert and the Music of Modern Graz”.

He lives in Karlsruhe with his five-member family.